It's been over three years since Amy Perrett made Super Rugby history as the first female assistant referee.

And Friday night will mark yet another milestone in an accomplished career for one of Australia's top match officials, however for the woman in the middle, it's just another game.

A lot has changed since Perrett became the first female member of a Super Rugby match official team, now a mum, Amy admits her priorities have definitely changed.

"I've been really fortunate to already achieve a lot, so everything now is all a bit of a bonus, and it's just a case of just taking any opportunity as it arises."

Perrett returned to centre field during her home tournament the 2019 Sydney 7s, with a new addition to her fan base watching on.

Almost two years after the birth of her son Liam, Perrett kicked off the tournament's proceedings taking charge of the opening match and admits she was "not nervous but just wanting to get out there and get it done."

Now with a new outlook on life, Perrett is taking the opportunity of a Super Rugby AU debut in her stride.

"I'll be the first to admit, Super Rugby was never a goal of mine, as I never saw it as a possibility."

Because of this, Perret sought to carve herself a path within the Sevens side of the game. Now, she is the only remaining member of the Women's Sevens World Series match officials' panel, which was created in 2012. 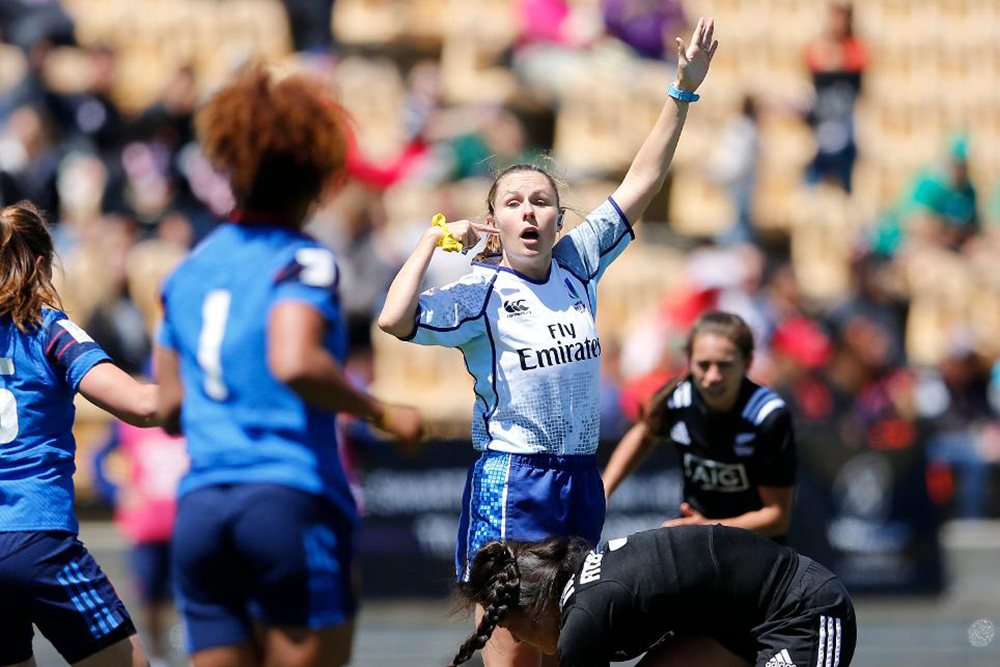 A highly regarded member of the Sevens circuit, Perrett marked yet another significant milestone in her officiating career earlier this year, taking charge of her 100th Sevens World Series Match during the Sydney 7s Final.

Perret is no longer seen differently within the men's game. A regular within Sydney's Shute Shield and the National Rugby Championship, taking control of a Super Rugby fixture is simply another opportunity.

"However, I do hope now that I've done it, anyone else can."

To Perrett, there's no difference between the fixtures which she takes charge of, whether it's a Women's World Cup or an Olympic final. 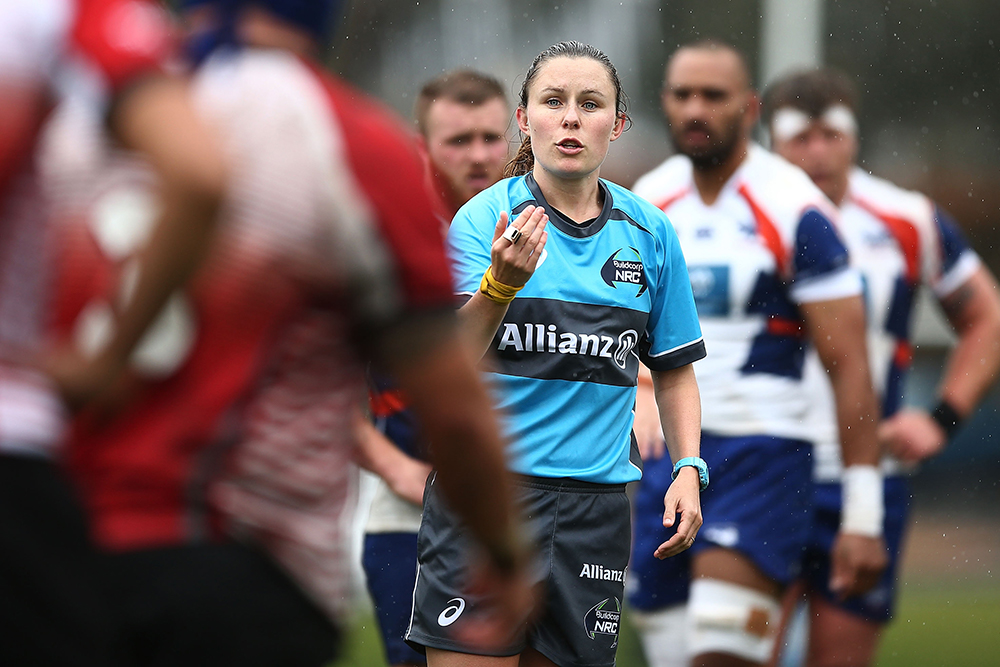 "Every fixture is important to those involved, and all I'm trying to do is ensure I have consistent performances because every match I'm apart of means something to somebody."

And it is this consistent approach which has allowed for Perrett's longevity within the game, enjoying every moment as it comes and never failing to take an opportunity which arises, which is something that she hopes her son can bring onboard.

"I now do things to show Liam what is possible, if you work hard for something and put your mind to it you can achieve it.

"And now when I go out there it's not only to enjoy it but also to make my family and son proud."

While it may be too cold in the nation's capital for Perrett's husband and son, they will be watching on from the warmth of home as her mum makes history, not for herself, but for them.

READ MORE: From far North Queensland, to the far side of the world, Rugby AU's newest debutant

Catch Perrett in action when the Brumbies take on the Western Force at GIO Stadium on Saturday, August 28, kicking off at 7:05pm AEST, LIVE on Foxtel, Foxtel Now and Kayo Sports. Buy tickets here. Buy a Kayo subscription here.

This article was originally published on RUGBY.com.au.

Manu’s making the most of opportunities in 2020