GORDON will shoot for their first Shute Shield premiership in 22 years after winning through to the grand final in rousing style in the wet.

A second half blitz on Saturday eliminated Easts 28-10 after the Beasties had led the sudden-death semi-final 10-3 with just over 30 minutes to play at Pittwater Rugby Park.

With the season on the line for both clubs, it was the Stags who showed they wanted it more with a super-charged 21-minute burst of finals footy for three tries.

He had a big hand in three of Gordon’s four tries with cutout passes and a deft grubber kick, banged over his first three shots as goalkicker and his calm head steered the ship throughout. 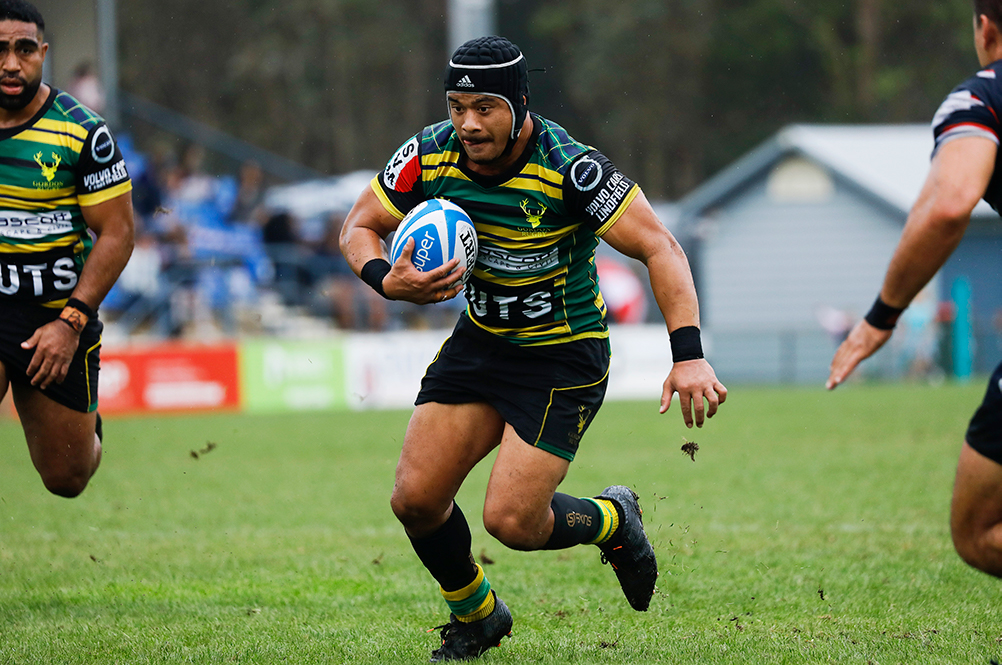 This is a classic club rugby fairytale with one big chapter still to write because two years ago the Stags were conceding more than 50 points per game as cellar-dwellers in 2018.

After the 3-all sparring of the first half, the semi came alive.

First, it was the Beasties who wrestled control when NSW Waratahs fullback Jack Maddocks surged into the backline and put winger Richard Woolf over.

Backrower Sam Shires was into space deep in the Gordon quarter but could not get a pass away to halfback Jack Grant with the tryline beckoning.

Instead, Gordon prop Charlie Abel grounded Shires from behind in a key tackle that made up for his 10 minutes in the sin bin for a lifting tackle in the first half.

Seasons swing on such moments.

As soon as Gordon got to the other end of the park, Iona was dabbing a pinpoint left-footed grubber into the in-goal where Waratahs centre Joey Walton grounded the ball for 10-all at the 49-minute mark.

He was on the receiving end of just such a burst.

The Beasties were down to 14 men, with backrower Dean Oakman-Hunt in the sin bin and defending a lineout deep in their territory, when Gordon struck again. 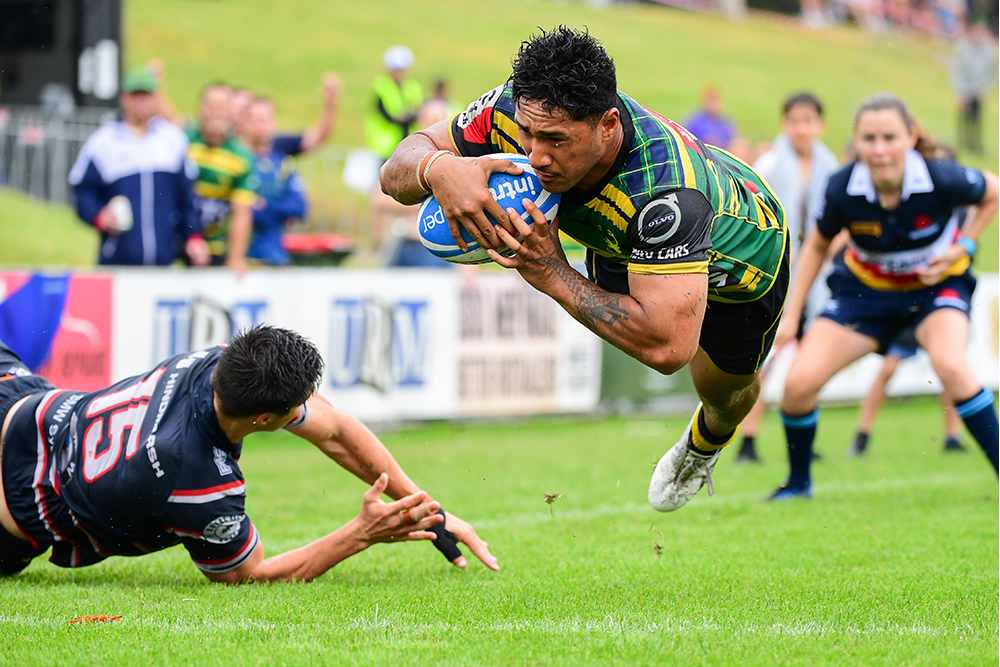 This time, Iona took a pass at his ankles in the wet and spun a pinpoint long ball to winger Ahmu Tuimalealiifano on the hill-side touchline.

Easts must have felt like they were still in it with a glance at 18-10 on the scoreboard but momentum had swung decisively to the Stags and Dempsey finished them off.

With just over 10 minutes to play, he dashed over out wide to make the most of big gallops from centre Tautalatasi Tasi and Silk in the lead-up.

It was game over at 23-10 but showtime was still to come because replacement back Jaline Graham regathered a kick, flipped an audacious behind-the-back flick pass inside and ignited another strike for the dangerous Tuimalealiifano on full-time.

Gordon had many heroes. Halfback Harrison Goddard’s shrewd kicking game, especially in the first half, won the side territory, lock Jack Margin was non-stop and hooker Mahe Vailanu was always productive with a key turnover as a highlight.

Rain from the kick-off turned the match into a try-less armwrestle in the first half.

Gordon coach Darren Coleman was delighted that his team "re-centred" at half-time to take control of the match.

"I was worried when Easts scored early in the second half because they are a tough side but we just started playing smarter in the (wet) conditions with a better kick chase and a pressure game with our defence," Coleman said.

"We got momentum off that and showed a lot more composure in the attacking zone for our own tries after missing chances in the first half.

"Harrison Goddard's box kicks were excellent, Rod was super composed and guys were scrapping well everywhere." Coleman said there was excitement and relief at full-time.

The bazooka in Jack Maddocks’ right boot got Easts up field numerous times and his first outing for the club this year was a huge bonus after the Waratahs’ hitout against Argentina was cancelled. 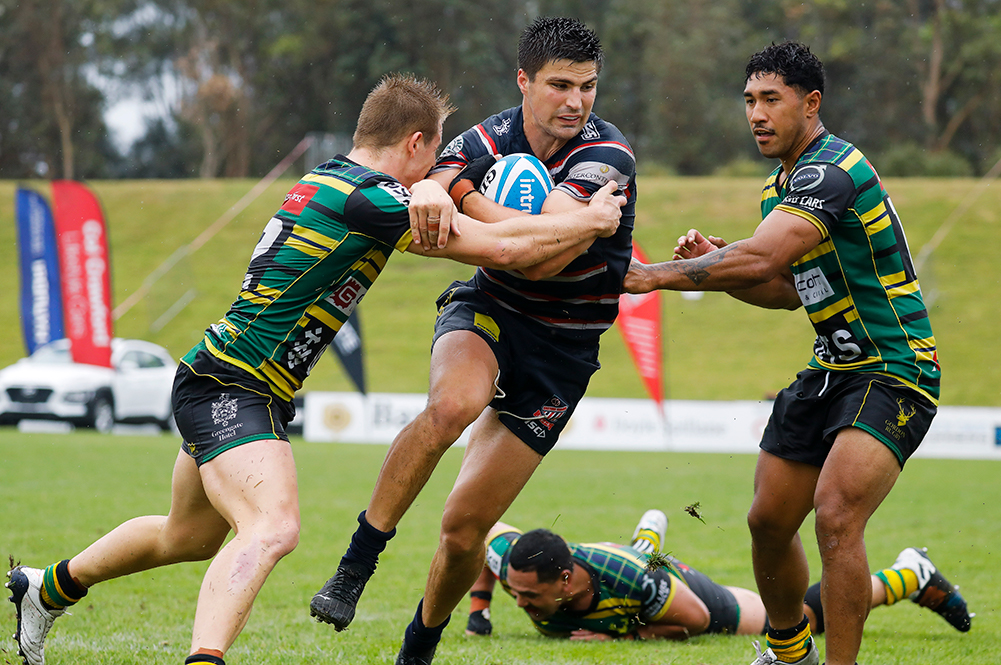 The Stags dominated the opening 30 minutes even though for 10 of those they were without Abel.

Four times in the opening quarter, the Stags held attacking positions in the Easts quarter only to cough up the ball.

It was a curious opening 40 minutes with the Gordon lineout dominating as much as the Easts’ scrum.

Celebrations will be off the charts if captain Jordie Goddard’s men can now go the final step to the club’s first Shute Shield since 1998 in the grand final at Leichhardt Oval next Saturday.

"When you are minor premiers anything but making the grand final is a failure. That's the first tick and now we have to finish it off," Coleman said.

Eastwood v Norths, 3pm (LIVE TV on 7Plus and 7Two)